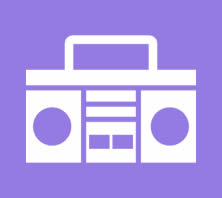 A large collection of hip hop clothing only for true fans!

Welcome to our store’s section dedicated to rap music. You will find here gadgets, t-shirts, shorts and every other official products of your favourite artists!

Rap clothes: hip hop clothing for men and women you were waiting for!

A little of rhythm and blues, a sprinkle of jazz, add some funk at will and some reggae as the last seasoning: you will obtain rap music, a classic from African American culture that is popular all around the world today.

From Eminem and Lil Wayne to Club Dogo, Entics or Gué Pequeno, the hip hop style today knows no borders , and with its subdivisions, it keeps attracting and bringing in more fans of all kinds.

You will find in our catalogue all you need to communicate your taste and your love for your favourite artists. For starters, you have at your disposal a large choice of hip hop t-shirts.

Examples? Here a t-shirt of the mythic Tupac , considered the greatest by many in spite of his premature and tragic passing, or this cool t-shirt of the great Eminem , he is one of the most popular American rapper of the last decades.

You will find in our catalogue so many other products : pants hip hop, tank tops, caps, sweatshirts, a whole range of clothing products, for men and women, perfect to always look stylish!

Gangsta rap or G-funk, Jazz rap or Hip life, so many different types for a kind of music that became, within a few decades, one of the most popular and powerful music of all time.

In our store, you can find many products like the Snoop Dogg poster , the Cypress Hill keychain or the Run DMC Bracelet . In addition you can find: iPhone covers, pendants, mugs, magnets and a wonderful section dedicated to vinyl albums.

As mentioned, since its birth the hip hop has grown so much, that’s why you can find in the merchandising of rap groups some that knew how to mix tradition with other kinds of music . In all one group stands out: “Rage Against the Machine”, they are authors of a funk-metal with strong rap influence, we honoured them in our store with pendants, cuffs, belts and posters.

Formed in Milano in 2002, right after the dissolution of the group Sacre Scuole, the Club Dogo is the most popular hip hop band in the Italian scene . The band was born from the collaboration of the producer Don Joe with the rappers Guè Pequeno & Jake La Furia, in 2003 their first album comes out, MI Fist, and it becomes a true phenomenon, followed in 2006 by their first commercial success, Vile Denaro. Since then, the band kept being successful thanks to their style and language. We dedicated to this band a section of our store full of their official products and gadgets . If you’re a fan you won’t miss this opportunity!